Home > Technology > What is Blockchain Technology? – Work, Use, Security, and More
Technology

What is Blockchain Technology? – Work, Use, Security, and More

A Blockchain technology or chain of blocks is similar to a scribe’s book. This unique and unalterable registry is distributed in several network nodes where each block stores information about that block, valid transactions, and its relationship with the previous and next block. What is written on the Blockchain is recorded and certified, and its integrity and availability are guaranteed. If this content is also encrypted, it guarantees confidentiality.

The Blockchain is a just digital ledger of economic contacts that can be set to record not only financial transactions but virtually anything of value.”

How does the Blockchain Technology Work? 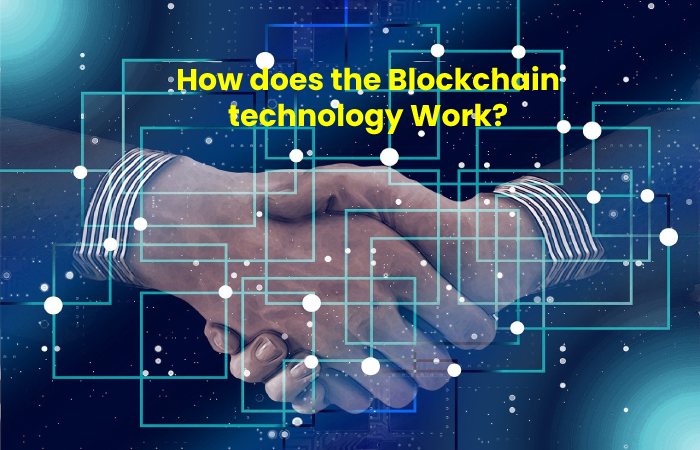 Imagine a spreadsheet repeated thousands of times across a network of computers. Then imagine that this network is plan to update this spreadsheet regularly, and you already have a basic understanding of the Blockchain.

The data contained in a blockchain exists as a shared  and continuously updated  database. It is a way of using the network that has obvious benefits. The blockchain database is not stored in a single location; the records it contains are genuinely public and easily provable. There is no centralized form of this information that a hacker can damage. Stored by millions of computers simultaneously, your data is accessible to anyone on the Internet.

The traditional way to share documents collaboratively is to send the Microsoft Word document to another recipient and ask them to review it. The difficulty with that situation is that you need to wait until you get a return copy before viewing or making other changes because you’re not allow to edit it until the other person has finish. It is how databases currently work.

Two owners cannot edit the same record at the same time. It is how banks maintain balances and transfer money; they briefly block access (or decrease balance) while making a transfer, then update the other party and return access (or update it again). With Google Docs (or Google Sheets), both parties have access to a similar document simultaneously, and the single version of that document is always visible to both parties. It’s like a shared ledger, but it’s a shared document. The distributed part comes into play when this involves several people.

Imagine the number of legal documents that must be use that way. Instead of passing them back and forth, losing track of versions, and not being in sync with the other version, why can’t all business documents be shared instead of transferred back and forth. Therefore many types of legal contracts would be perfect for that type of workflow. You don’t want a blockchain to share documents, but the shared document analogy is potent.”

The Blockchain is like the Internet in that it has a built-in robustness. By storing blocks of information that are identical across the network, the Blockchain cannot

Bitcoin was invent in 2008. Since then, the Bitcoin blockchain has operated without significant interruption. (To date, all of the problems associated with Bitcoin have been due to hacks or mismanagement. In other words, these problems stem from malicious intent and human error, not flaws in fundamental concepts.)The Internet itself has proven itself to be durable for nearly 30 years. It’s a trajectory that bodes well for blockchain technology as it develops.

“As revolutionary as it sounds, the Blockchain truly is a mechanism to bring everyone to a high degree of accountability. No more lost transactions, human or machine errors, or even a trade that was not made with the parties’ consent. And above all else, the most critical area where Blockchain helps is in ensuring the validity of a transaction by recording not only the main ledger but also a distributed connected system of ledgers, all of which can connect through a secure validation mechanism.”

The blockchain network lives in a state of consensus that automatically checks with itself every ten minutes. A kind of internal audit ecosystem of a digital value, the network reconciles every transaction in ten-minute intervals. Each group of these transactions is called a “block.” Two important properties result from this:

In theory, this may be possible. In practice, this is very unlikely to happen. Taking control of the system to capture Bitcoins, for example, would also have the effect of destroying its value.

“The Blockchain destroys the problem of manipulation. When I talk about this in the West, people say they trust Google, Facebook, or their banks. But the rest of the world doesn’t trust organizations and corporations as much  I’m talking about Africa, India, Eastern Europe, or Russia. It’s not about the places where people are wealthy. Blockchain opportunities are greatest in countries that have not yet reached that level.”

Who will Use the Blockchain?

As web infrastructure, you don’t need to know about Blockchain to be helpful in your life. Currently, finance offers the most critical use cases for the technology. International remittances, for example. The World Bank estimates that more than $430 billion in money transfers were sent in 2015. And there is currently a  high demand for blockchain developers.

Personal computing became accessible to the general public with the invention of the Graphical User Interface (GUI), which took the form of a “desktop.” Similarly, the most common GUI created for the Blockchain are so-called “wallet” apps, which people use to buy Bitcoin and store it alongside other cryptocurrencies. Blockchain can potentially cut out the middle man for these types of transactions.

Online transactions are closely connect to identity verification processes. It’s easy to imagine that wallet applications will transform to include other types of identity management in the coming years. “Online identity and reputation will be decentralize. We will own the data that belongs to us.”

By storing data across its network, Blockchain eliminates the risks of centrally stored data. Your network does not have centralized points of vulnerability that computer hackers can exploit. Today’s Internet has security problems that everyone knows about. We all depend on the “username/password” structure to protect our identity and also assets online. Blockchain security methods use encryption technology.

The basis for this is the so-called public and private “keys.” A “public key” (a randomly generated long string of numbers) is the user’s address on the Blockchain. Bitcoins sent over the network are note as belonging to that address. The “private key” is similar to a password that gives the owner access to their Bitcoin or other digital assets. Store your data on the Blockchain, and they are incorruptible. It is true, although protecting your digital assets will also require safeguarding your private key by printing it creating what is call a paper wallet.

With blockchain technology, the web increases a new level of functionality. Currently, users can transact directly with each other — Bitcoin transactions in 2017 averaged around $2 billion per day. With the added security provided by the Blockchain, new internet businesses are well on their way to disassociating from traditional financial institutions.

In a few words, a blockchain is a digital ever-growing list of data accounts. Such a list comprises many data blocks, organized in chronological order and linked and secured by cryptographic proofs.

Also Read: What is Cloud Computing? – Work, Benefits, and Characteristics

Review What is Blockchain Technology? – Work, Use, Security, and More. Cancel reply

What is Process Automation? - Work, Benefits, and More

What is Cloud Computing? – Work, Benefits, and Characteristics

What Is Voice Of The Customer (VOC)? – Business Landscape, And More

What Is Mobile Technology? – Examples, Networks, And BENEFITS

Desk for Toddlers: How to Choose the Most Suitable?

Next Web Blog, 2 months ago
Technology

What is Process Automation? – Work, Benefits, and More